Miami Open in full swing. Alcaraz is having a great tournament and Osaka is looking back in form... Just when Kyrgios starts winning more he goes on a verbal attack on the umpire again... Picked up a game penalty on his way to losing to Jannik Sinner.

Nadal out for 6 weeks with rib injury... That's going to affect his French Open preparation...

Trophies presented to the club for Dorking & Leatherhead leagues..

A pretty successful season... Well done to all the captains and team players... Game on this season..

GRACE finals this Saturday with semis from 930am onwards. You will have received an itinerary from the club this week. Some appetizing matches! Finals from 130pm. There will be a bbq from 12pm. A great day of tennis and a great cause supporting the GRACE charity.

Social tournament from 330pm on Saturday. This should finish around 530pm just in time for an early evening drink at the bar afterwards.

Singles Box Leagues coming out soon so even more tennis and a chance to challenge yourself against new opponents and old enemies!

AGM announced this week to take place on Wednesday 27th April at 8pm. A chance to wish well to the outgoing directors and good luck to the newcomers.

No Social tennis this Saturday 2nd April due to GRACE tournament & social tournament.

Nice to see ex junior Pippa Ratzke at Wednesday social this week.... That brought the average age down a wee bit!

Great turnout for Wednesday social tennis with 6 courts being used. Good to see some players out of winter hibernation!

Welcome to our new members. Hope you settle in and enjoy our great club...

Thought of the Week

Coaching Tip of the Week - Serving 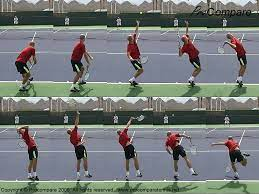 Maybe you can relate to these hilarious serving actions!!
https://www.youtube.com/watch?v=4o8TSxwM77E

Cocktail of the Week 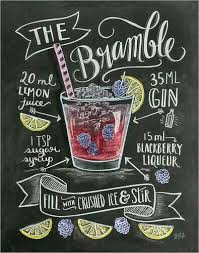 Good luck to all the competitors competing at the weekend. Do your best and remember you've done well to get to where you are at! Play like you have nothing to lose apart from your pride, your dignity, your family's respect and also the match!

Have a good week and get out on the courts and enjoy the lighter evenings.. 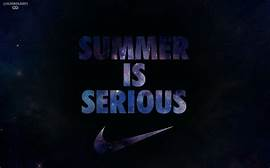